Is it bad to say “In the bathroom?” Well, not for the reason you’d think. We’ve gotten into remodeling again. It seems like it’ll never end. But we are one step closer to having gutted every room in the house. This one was a challenge. We weren’t planning on re-doing the bathroom. But then we discovered a leak from the bottom of the toilet. We thought, “okay, we’ll replace the wax ring and be done.”

I don’t think either of us really believed that.

Sure enough once we pulled up the toilet, we saw that not only was the wax ring disintegrating, the sub floor under the carpet (yes, carpet) was rotted to the touch.

Cue the stress. Suddenly this little job became HUGE. We could replace the floor and stop there, but if we’re going to take everything out, which we need to, why not fix the walls? If we’re going to fix the walls, we might as well get a new vanity, and chuck the old one. And so on, and so forth. Until at last, this: 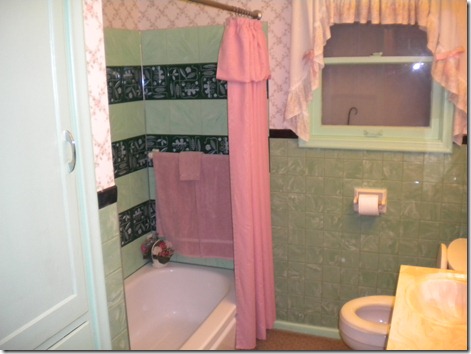 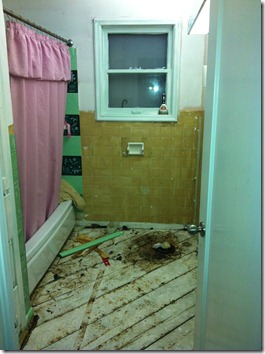 and resulted in this: 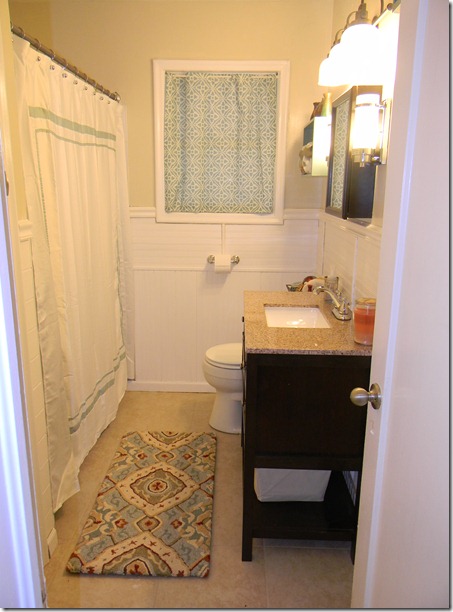 Yes, I made the last picture bigger than the rest.

I’m kind of over the moon about it. I’ve never gone into designing a room without some sort of plan, or inspiration piece. Until this. I had to figure out SOMETHING to cover up those walls. I didn’t want tile again, and I couldn’t afford to re-drywall. So we went with beadboard. I absolutely love how it looks. We ended up running it vertically for the bottom 36” and horizontally for the top 16”. Why our bathroom was tiled up to 52 1/2” I will never know, But we found a way to fix it, and that’s what matters.

I won’t go into all the dirty details, but I’m so so happy to share the end results! 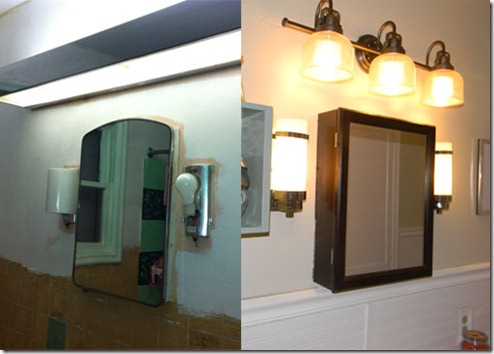 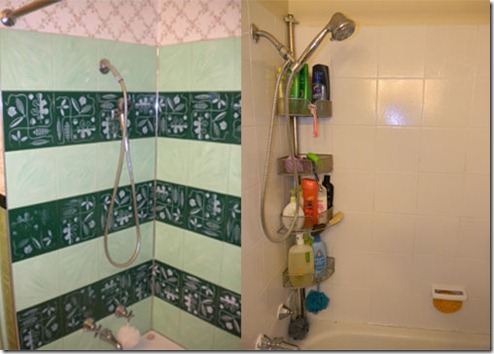 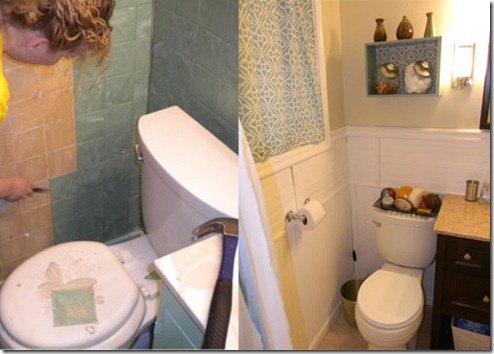 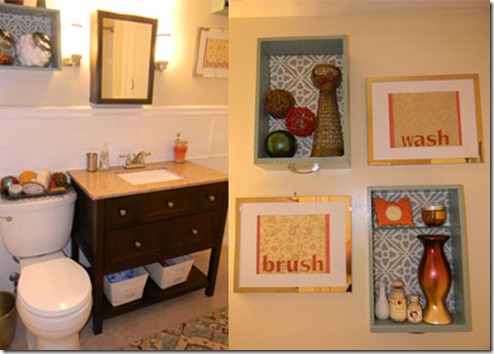 Those shadowboxes are the drawers from our old vanity. I painted them, cut down the glass shelf from our old medicine cabinet to fit inside, and backed it with the same fabric I used for the curtain. Which was, in fact a shower curtain that I cut down. I’m not a great seamstress, so I used the loops that were already done on the shower curtain for my rod. Then I just sewed weights into the bottom hem, and sewed up the side. The artwork are just some inexpensive frames from Wal-Mart and then scrapbook paper and letters I had.

I’m so glad it’s over. And now I won’t be embarrassed to let my guests use the restroom!

And one day, I will get on a regular blogging schedule again. Until then, thanks for hanging around and being patient with me. Congrats to all those writers out there who are getting good news too! Agents, and book deals, and cover reveals, oh my! You all are an inspiration.

I think I’m finally getting back to a place, mentally where I can write again. I’m even flirting with the idea of NaNo this year. I have another idea…

Hope all is well in the blogosphere! Happy Tuesday!

Email ThisBlogThis!Share to TwitterShare to FacebookShare to Pinterest
Labels: Design, DIY, My Home 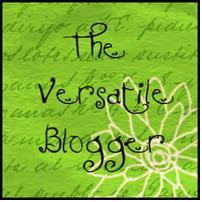